For his efforts to keep members of the Class of '69 in contact and his leadership and support of class members, a class scholarship is honoring David Lasseter.

With his initiative to create an electronic mailing list of class members, Lasseter set into motion a number of activities that included creation of the scholarship itself.


The class recently dedicated the scholarship to Lasseter "in recognition of his leadership and outstanding service."


In addition to being one of the founding donors of the scholarship, Lasseter also is serving as chairman of the steering committee for the scholarship effort.


Lasseter was a leader of the class at Central, serving as vice president of the sophomore class and a four-year member of the marching band. 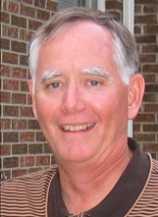 
Lasseter has worked with Craig Insurance Services in Jacksonville, Fla., since July 2002.


From 1979 until 2002 he worked with water-heater manufacturer State Industries Inc. in Ashland City, leaving as vice president for insurance and risk management when the company was sold in 2002.


Lasseter also received a master's in reading and storytelling in 1999 from East Tennessee State University.


The son of the late Jack and Lola Lasseter, he is married to Deborah Lasseter, who taught in the Murfreesboro School System until 2002. She received her bachelor's degree from MTSU in 1974 and her master's degree there in 1976.


The Lasseters have three children, Matthew, who received his bacholor's degree from MTSU in 1999; Taylor, who received a bachelor's degree there in 2001; and Rebecca, who is attending ETSU, majoring in pre-med.